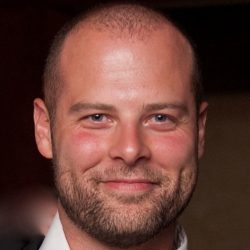 Oliver graduated from Harvard University with a Bachelor of Arts in Psychology before heading out to California where he co-founded an education company called the School of Imagination. After returning to New York, he taught English at Chaminade High School and helped found a social enterprise non-profit in Syracuse. Prior to joining Method Test Prep, Oliver worked in development at New York University and as the executive director of a yoga institute.

A lifelong student with a passion for expanding his horizons, Oliver has studied, taught and traveled in over 20 countries around the globe. In his spare time you’ll usually find him playing music, hiking, sailing and laughing as much as possible with his wife Beth and his children Cecelia and Julian. One of his favorite quotes is from Sir Edmund Hillary: “It is not the mountain that we conquer, but ourselves.”

$160
/hour
Back to all tutors Previous: Niki Ajah Next: Patrick Messina

Save 25% when you book more than 5 hours. Use coupon code PT16 at checkout.